The English Premier League is one of the world’s most famous and revered sporting events. Year after year, premier league betting continues to grow, with millions of pounds bet across the world each weekend of the season. As one of the world’s most competitive football leagues, betting on the English Premier League presents its own unique challenges to both novice and serious football bettors alike.

With that in mind, we have put together this quick, short guide that tells you all the important things you need to know to get started. Whilst this is not going to tell you everything you need to know, it is enough for you to do further research.

What is the English Premier League?

Formed in 1992, the English Premier League formed after clubs competing in the English First Division broke away from the Football League.

Today, up to 20 teams can be in the Premier League and since its inception, 47 teams have spent at least one season playing Premiership football in England’s premier flight. Six of these 47 teams have been crowned as winners—Manchester United, Manchester City, Arsenal, Chelsea, Blackburn Rovers, and Leicester City.

How to Bet on the Premier League

When betting on the Premier League, there are a number of things you can do to improve your chances of generating profits. Most of these apply to football betting regardless of what league, division or tournament you are placing bets on.

The most important tips we can give you are:

These allow you to keep track of what you are doing—what works and what doesn’t—and diversify your betting across different bookies to take advantage of different offers and odds. Also, by specialising, you can become an ‘expert’ in your chosen area of the Premier League and stand a higher chance of winning the bets that you stake.

Because the English Premier League is such a popular and well-known tournament, it is covered by virtually every online sportsbook going. This makes it super easy to get started—all you need to do is choose a sportsbook, sign up, deposit some cash, and you’re away!

In the UK, it is BT Sport and Sky Sports that own the broadcasting rights to show the Premier League live. Each season, over 168 games are televised in the UK and the remaining 212 matches are shown live throughout the rest of the world.

Due to UK broadcasting laws, no sportsbook can offer live in-play Premier League betting with the match streaming element. However, many sportsbooks offer live audio streaming. If you want to bet on the Premier League live as it happens, you are better off putting it on the TV and then firing up your chosen sportsbook and doing it that way.

Should I Listen to Tipsters?

One of the most common questions asked about the English Premier League is whether people should listen to tipsters… and this is something we cannot give a straight answer to.

There are hundreds of different tipsters and ‘experts’ offering their own English Premier League predictions each week. No matter which match you are looking to bet on, chances are there will be dozens of tips posted by so-called ‘tipsters’ and many of them will contradict one another.

Whilst some tipsters are great and can lead to you winning if you take their advice, many get it wrong. Rather than subscribing to tipsters and listening to everything that they have to say, we highly recommend taking your time to learn about football and the English Premier League. By knowing your sport, your teams, your players, and the rules, you can make just as informed a guess as any so-called ‘tipster’ can. 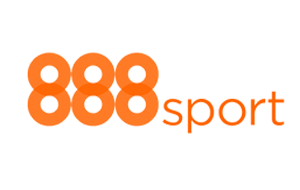